Ventimiglia, 19th October 2022: the off-shore tug MER PROVIDER (45.00 metres long and 14.00 wide - 4000 HP) arrived at Cala del Forte at 05:00 on Wednesday 19th October, towing a 90-metre long 30-metre wide barge. The barge itself is carrying 8.000 tonnes of boulders and inert stone material (limestone), the first of the loads that will be needed to complete the foundations of the coastal protection project at Punta della Rocca, commonly referred to as the 'banana' plan due to its unique shape. The ‘banana’ will also benefit Cala del Forte, safeguarding the marina in the event of south-westerly dangerous sea storms. 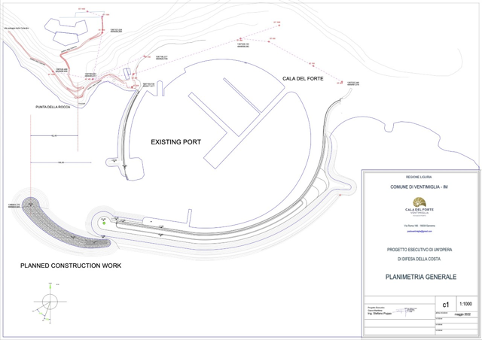 How the project will be constructed

The boulders are made of a notably hard and efficient type of limestone that has obtained the necessary quality and suitability certifications as required by the construction contract. Upon its arrival, the barge was positioned within the perimeter designated as the location of the coastal protection project’s foundations where, today, the boulders will gradually begin to be unloaded.

At the end of the second phase of unloading, scheduled for the last week of October, the positioning the reef foundation will be able to begin, to be carried out using a pontoon crane equipped with a bucket and a mechanical arm capable of operating underwater. In total, approximately 120,000 tonnes of boulders and stones will be used, two-thirds of which will come from quarries in the Trapani area, while boulders from local quarries (Bevera) will be used for the rest, constituting the above-water section of the reef, as required by landscape regulations.

Weather permitting, there will be a complete loading and unloading cycle of materials from Sicily every 10 days, while for the remaining local materials, loading and transport times will be much shorter.

The schedule predicts the project to reach completion by April 2023, which will be followed by the necessary administrative authorisations. Upon completion, the coastal protection project will boast a total length of approximately 120 metres and a depth of between 7 and 8 metres. The base on the seabed will be more than 40 metres wide with a pyramid shape that reduces the width to approximately 26 metres towards the surface (mid-sea). The above-water part, which will be around 4 metres high, will feature a summit berm with a width of 5 to 9 metres.

The entire operation will only involve the placement of boulders made of inert material that vary in size and weight in relation to the project specifications, which will be followed scrupulously. For this reason, there will be no negative environmental impact, as the use of anything other than the planned boulders made of inert stone material, therefore of natural origin, is categorically excluded.

The project manager is engineer Stefano Puppo, who has a degree in hydraulic engineering and specialised in maritime hydraulics at the University of Genoa. Puppo has more than 40 years of direct experience in the field of the executive design of maritime and port constructions, including the final design and supervision over the construction of Cala del Forte itself, the consolidation work for Portosole, and the executive design and supervision over the construction of the 'Marina di San Lorenzo' port.

The entire coastal protection project was realised using the mathematical models of the Danish Hydraulic Institute, one of the world's most accredited hydraulic institutes with 50 years of experience in over 140 countries and a global network of offices across 30 countries.

The company that won the public tender for the construction of the coastal protection project is Ador.mare SrL, having operated on the market for three generations. The company is a leader in the construction of maritime projects for which it is SOA-certified for unlimited investments. The SOA is the mandatory certification required in order to take part in tenders relating to the execution of public construction contracts. The company regulates all production and operating processes in full accordance with the UNI EN ISO 9001 efficiency and quality management standards. 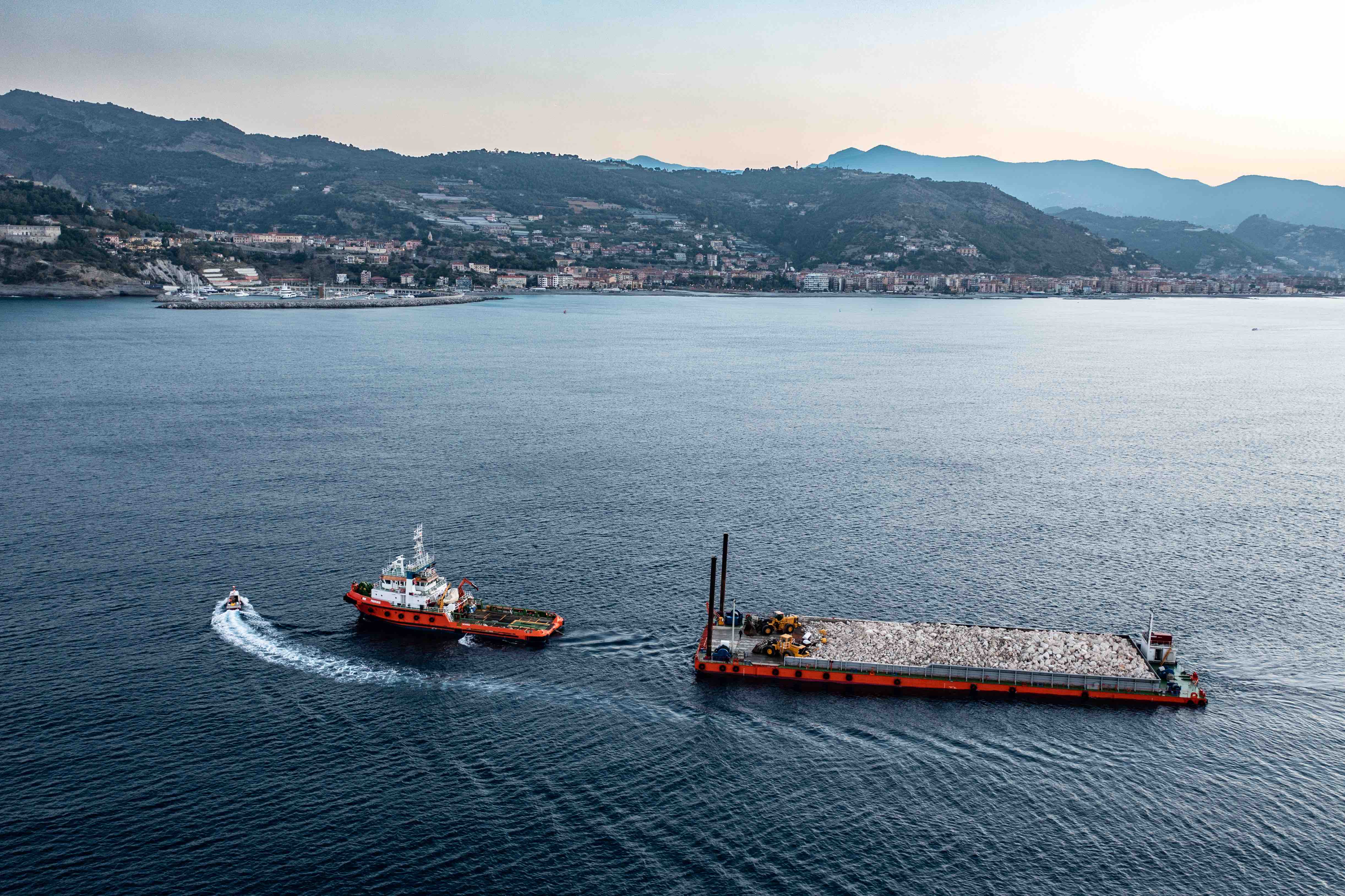 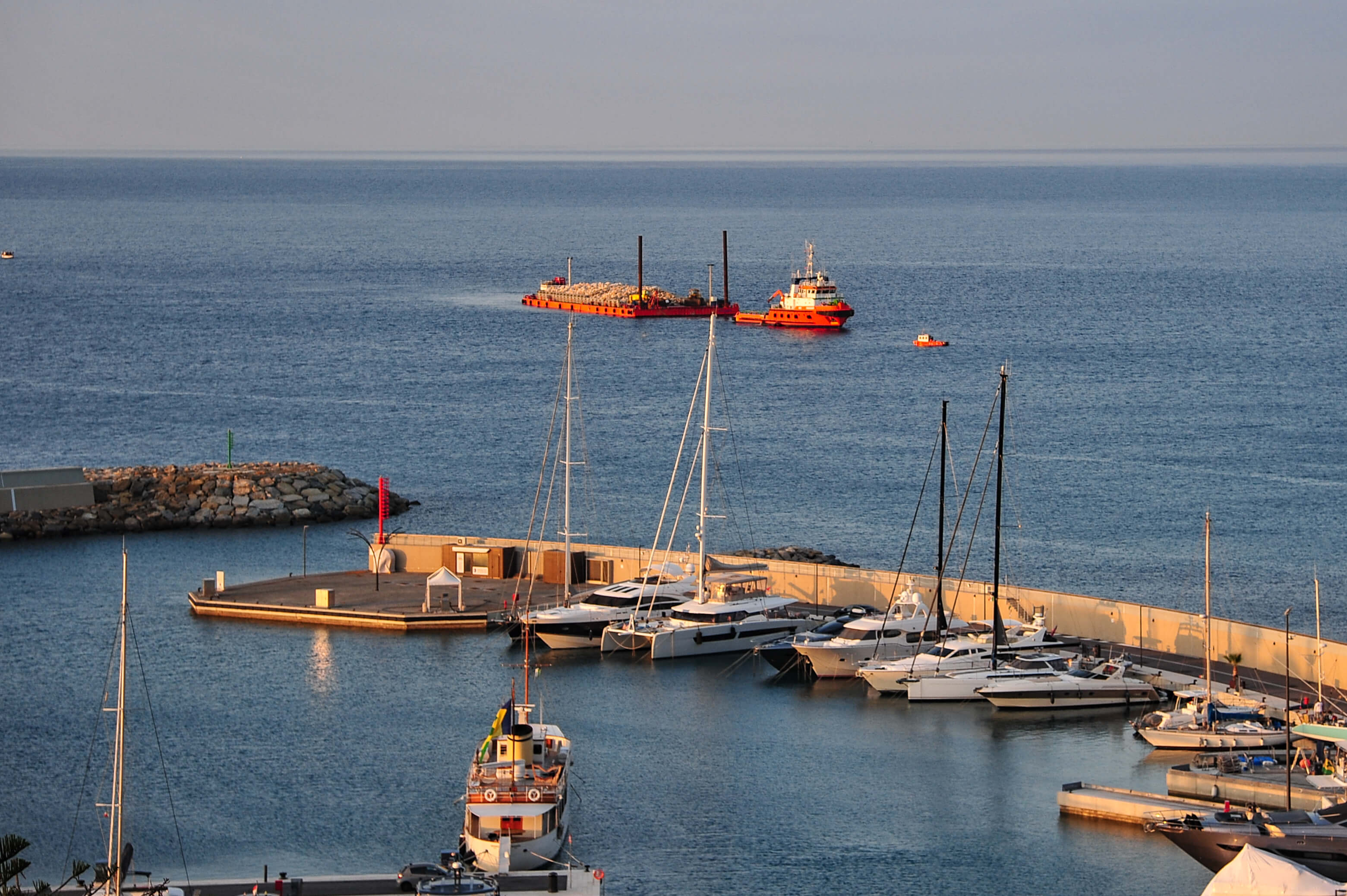 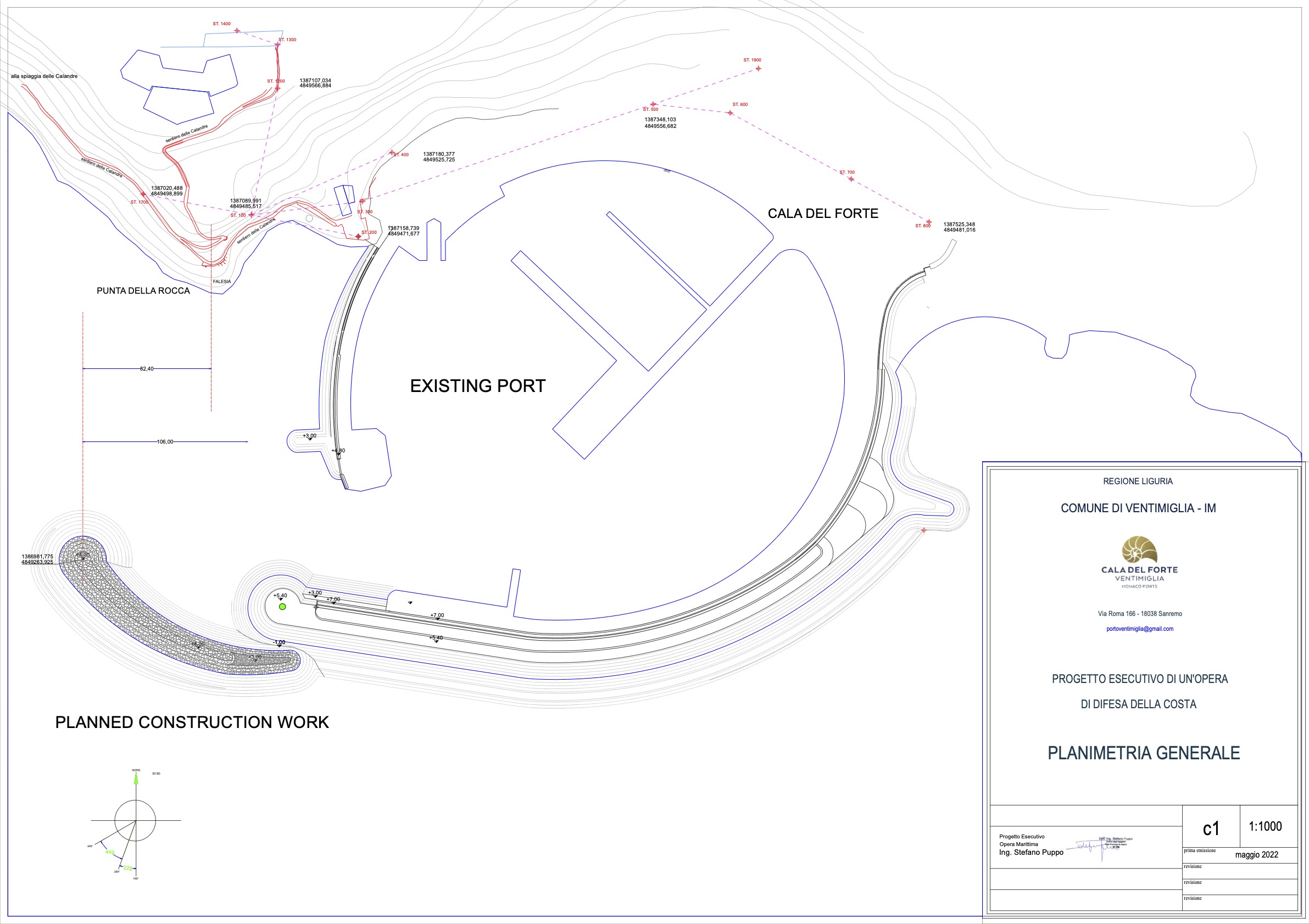 30th July 2022: We are thrilled to announce that the Italian public administration has authorized the construction of a protection work close to the marina's entrance, dubbed 'banana' due to its unique shape (see the image above). The main purpose of this banana design will be to protect the cliff that overlooks the famous path to the Calandre beach passes from the steady erosion of the sea.

The ‘banana’ will also benefit Cala del Forte, safeguarding the marina in the event of south-westerly dangerous sea storms. Construction work will begin at the end of the Summer season (late September) and will be completed over the course of four months, weather permitting. Stay tuned👍.

CALA DEL FORTE: THE PUBLIC GARDENS OF ARE OFFICIALLY OPENED

From Saturday 30 July, the gardens of Cala del Forte are officially open to the public: over 15,000 square metres of greenery, olfactory trails and areas dedicated to the most diverse species (over 70) of plants, the rose garden dedicated to H.S.H. Princess Charlene, and the amphitheatre. The area is completely enclosed with free entry via four access points and includes a play area equipped for children. The closed-circuit camera control system is currently being set up. 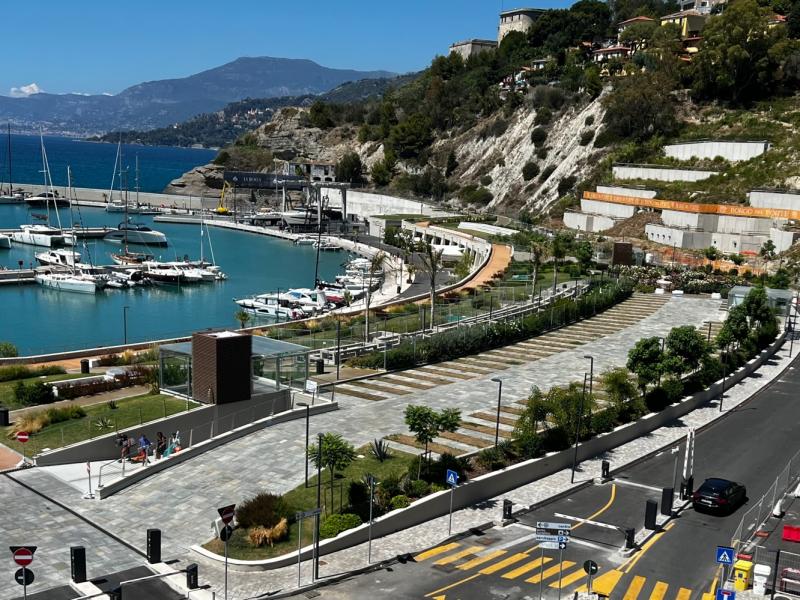 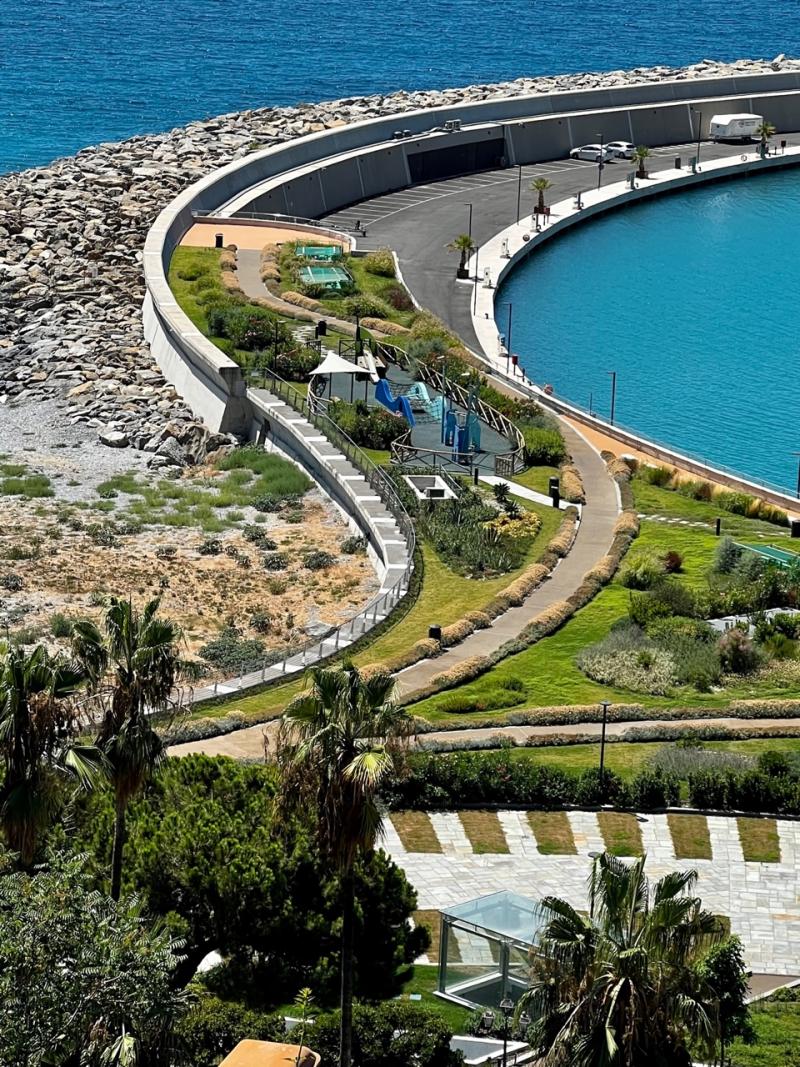 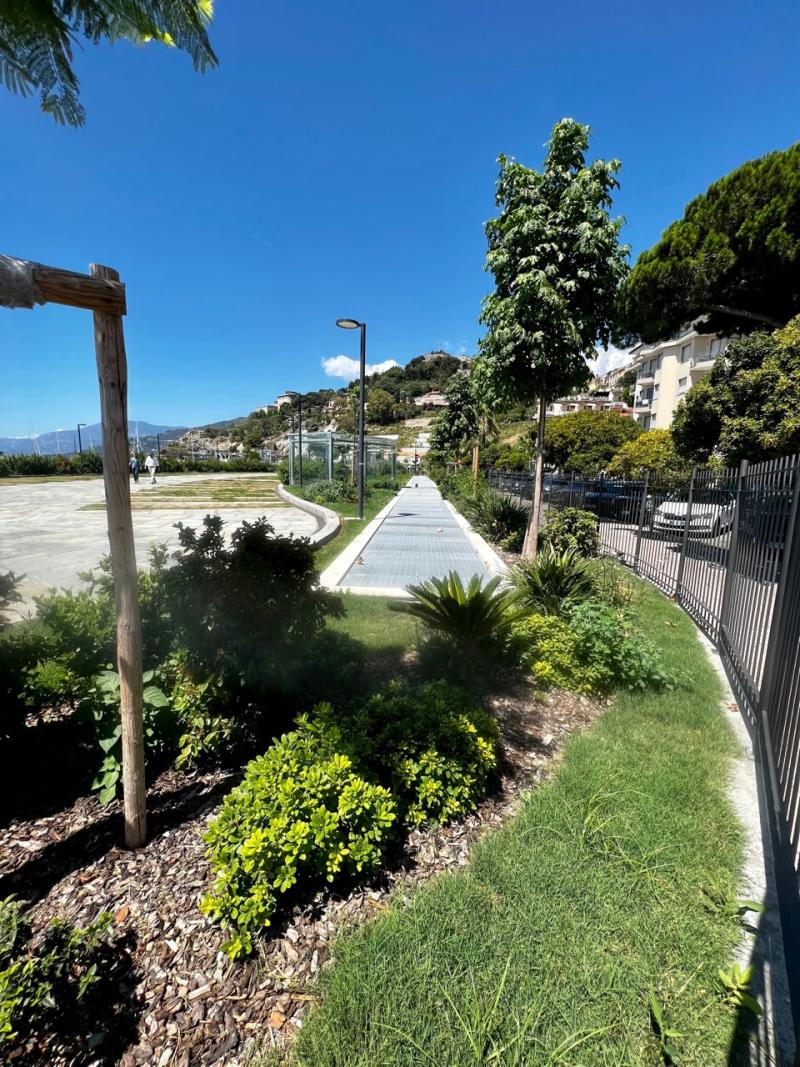 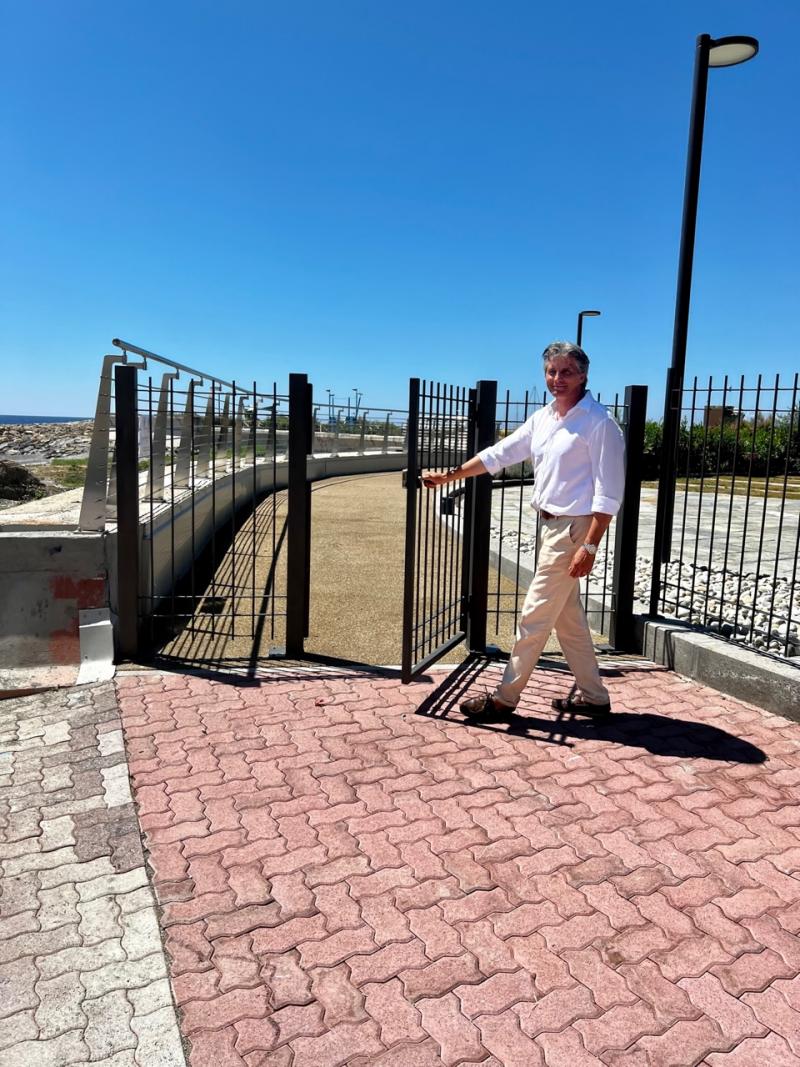 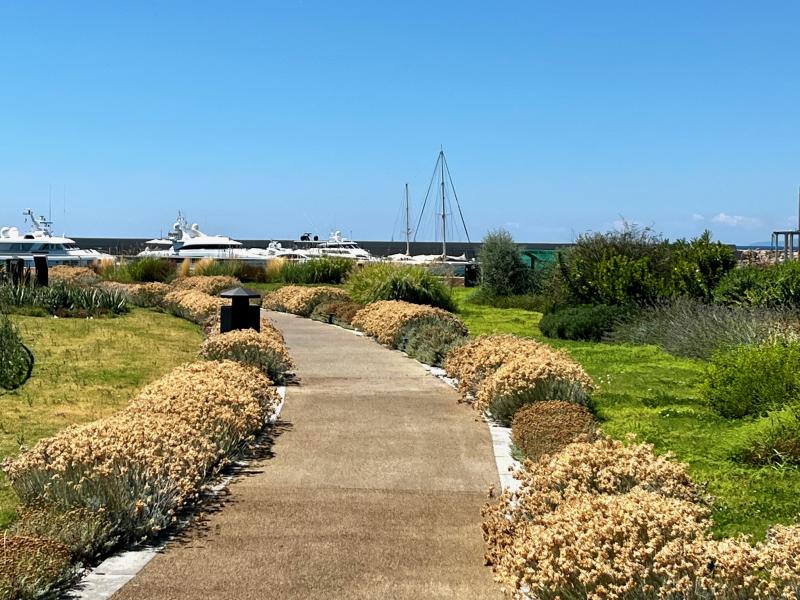 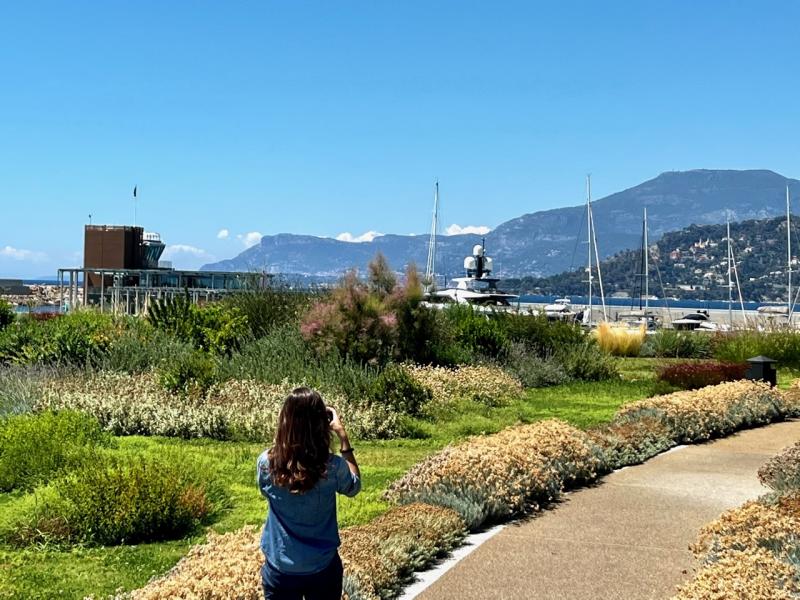 ANOTHER DAY, ANOTHER MILESTONE AT CALA DEL FORTE

Today, April 7th 2022, the CEO of Cala del Forte Gian Battista Borea d’Olmo, alongside the Mayor of Ventimiglia Mr. Gaetano Scullino, celebrated the inauguration of a cutting-edge vertical lift which, from this day forward, will provide a direct, fast and free of charge pedestrian connection between the Cala del Forte marina and the historic town centre of Ventimiglia Alta. It is now possible to reach the charming town centre in just 40 seconds.

The vertical lift, together with the 582 parking spaces at Cala del Forte, all of which are already fully operational and open to the public, opens up a new era for innovative mobility and hospitality in Ventimiglia.

Moreover, boats owners and crews can already benefit from a direct transfer service to and from Monaco by sea thanks to the high-speed power catamaran Monaco One, which connects the two destinations in under 15 minutes. 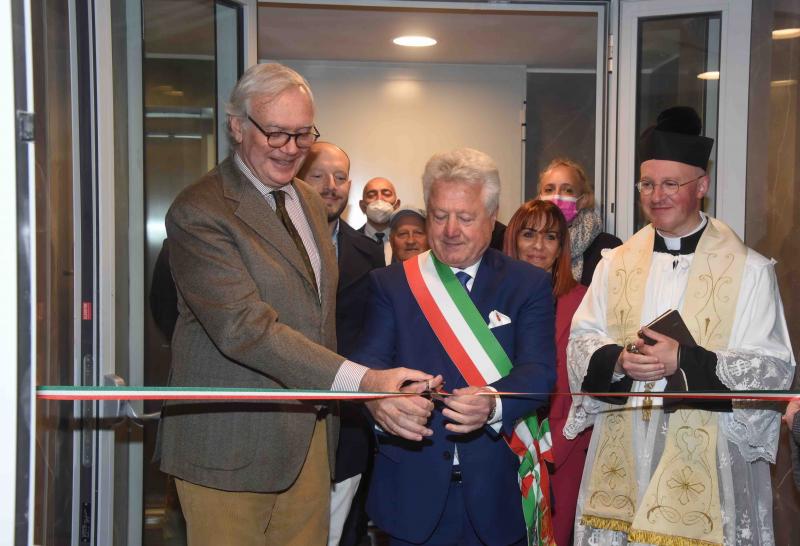 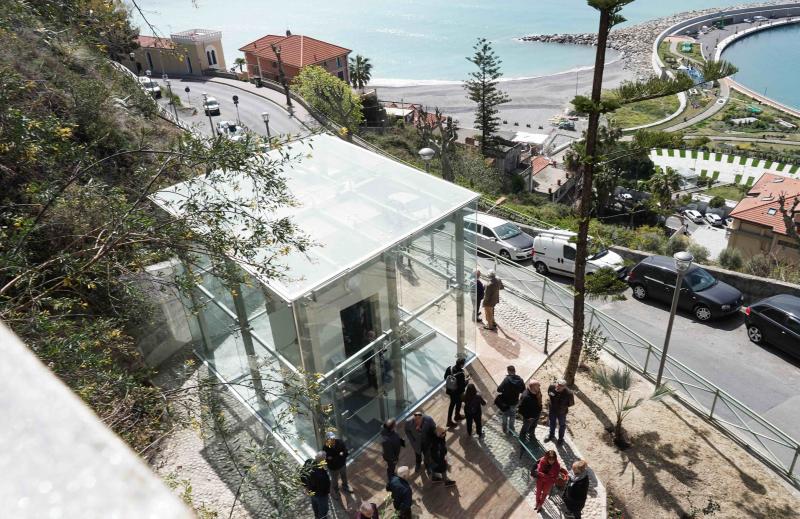 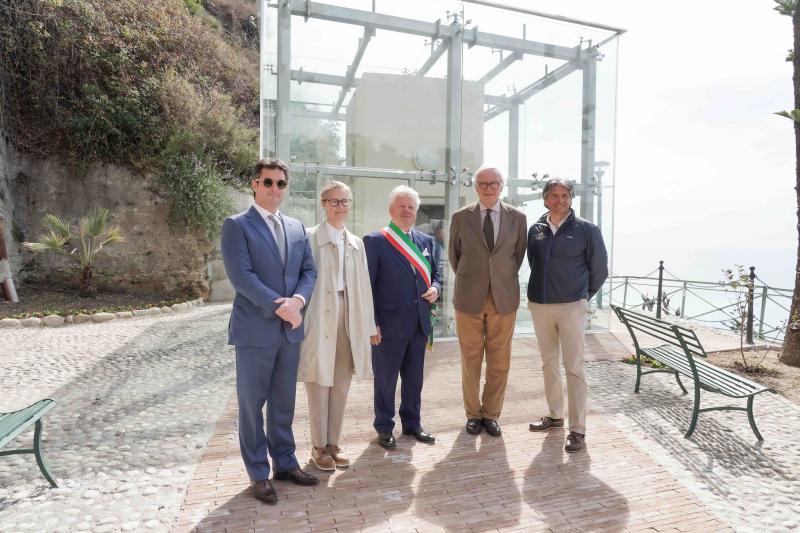 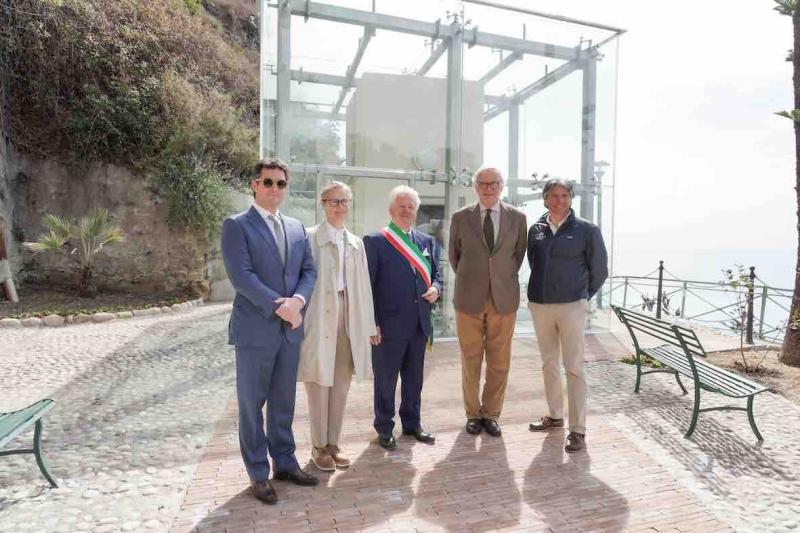 On March 30, 2022, two Enel X fast charging points for electric vehicles, both located within the ground-level carpark, are open and available to the public👍.

At the same time one AQUA superPower station, located at the head of the Cala del Forte’s main pier, the Molo d’Onore, is ready to provide power for both electric boats and cars.

On Thursday 7th April, the lift that directly connects Cala del Forte to the historical town centre of Ventimiglia Alta, will be officially opened. 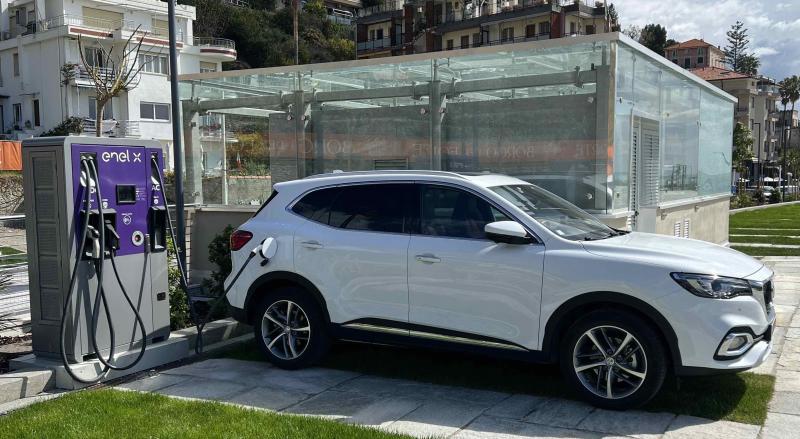 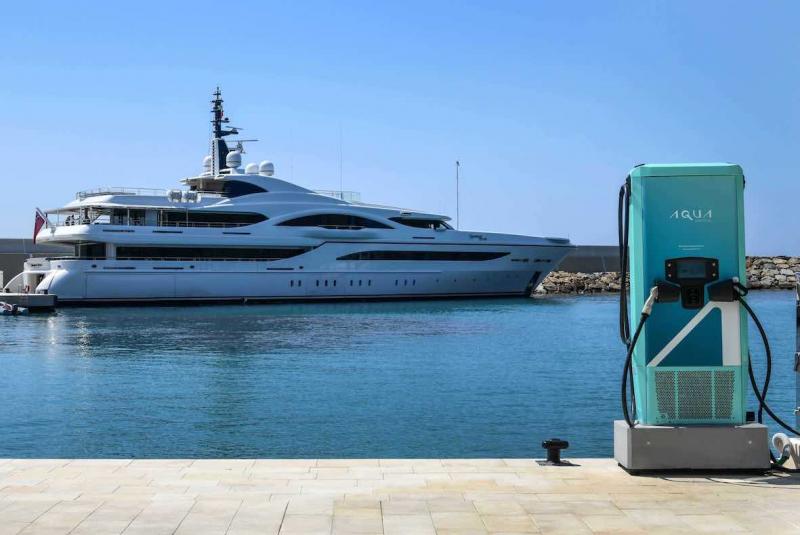